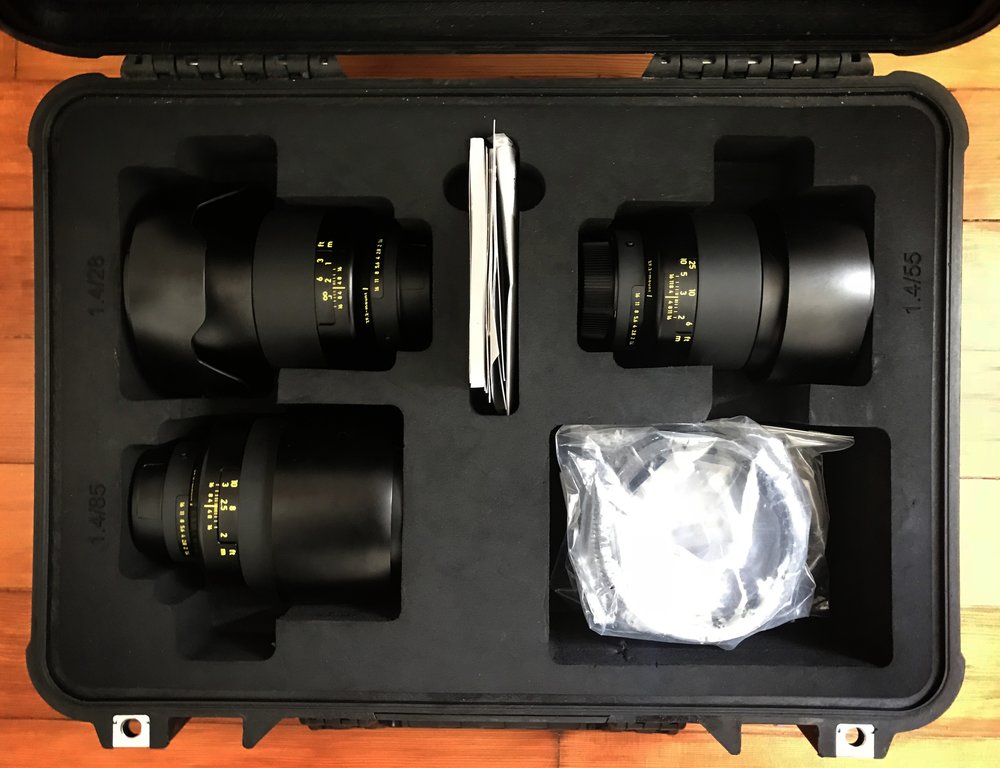 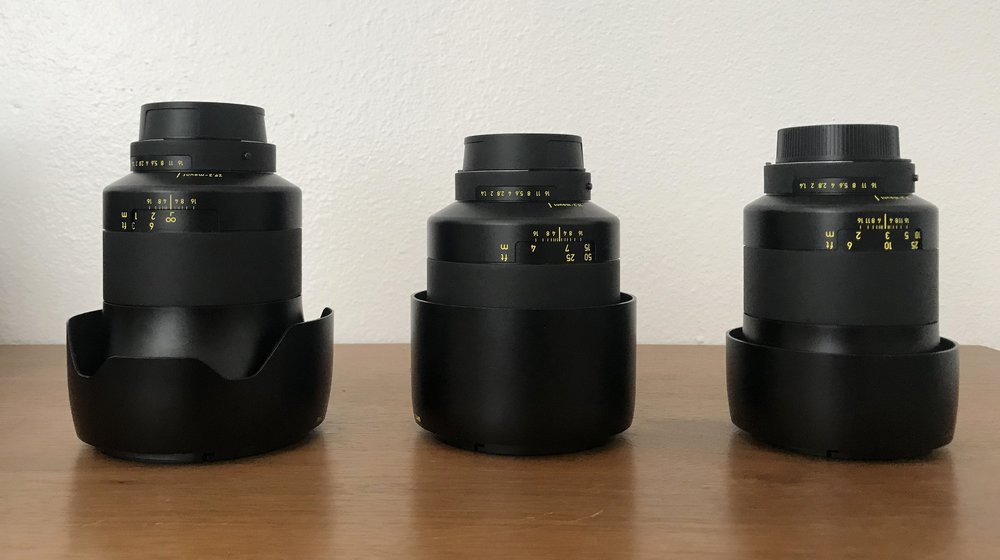 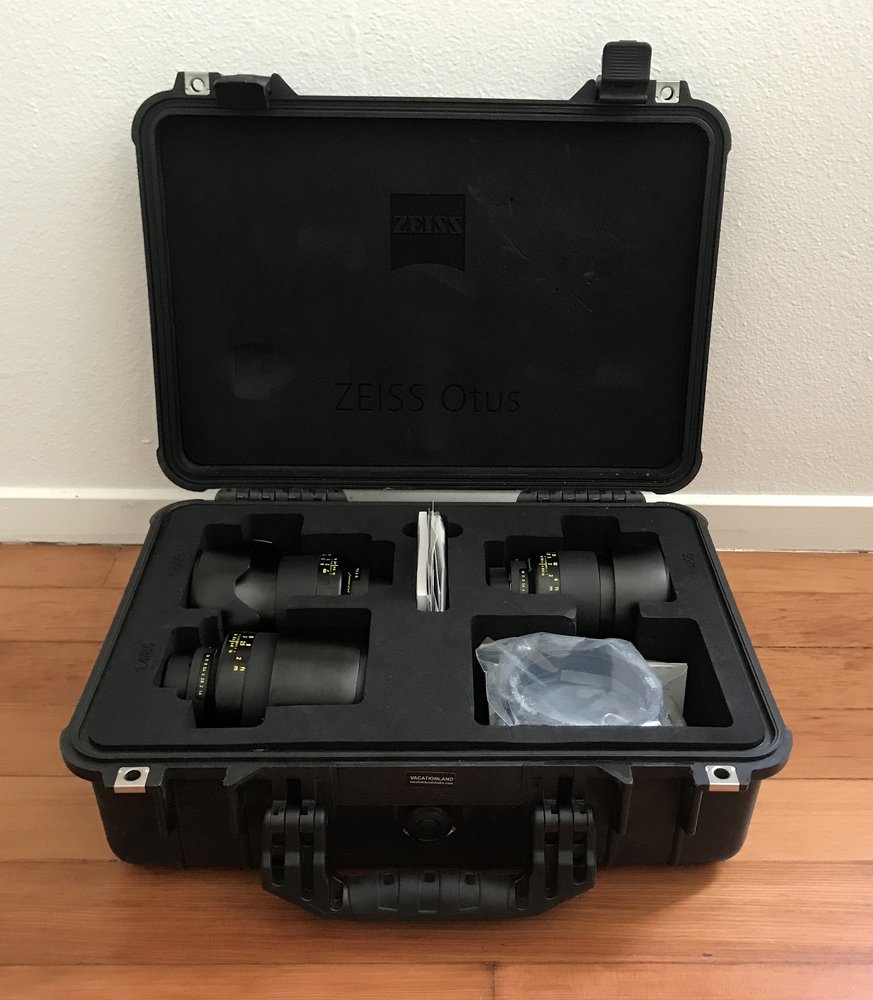 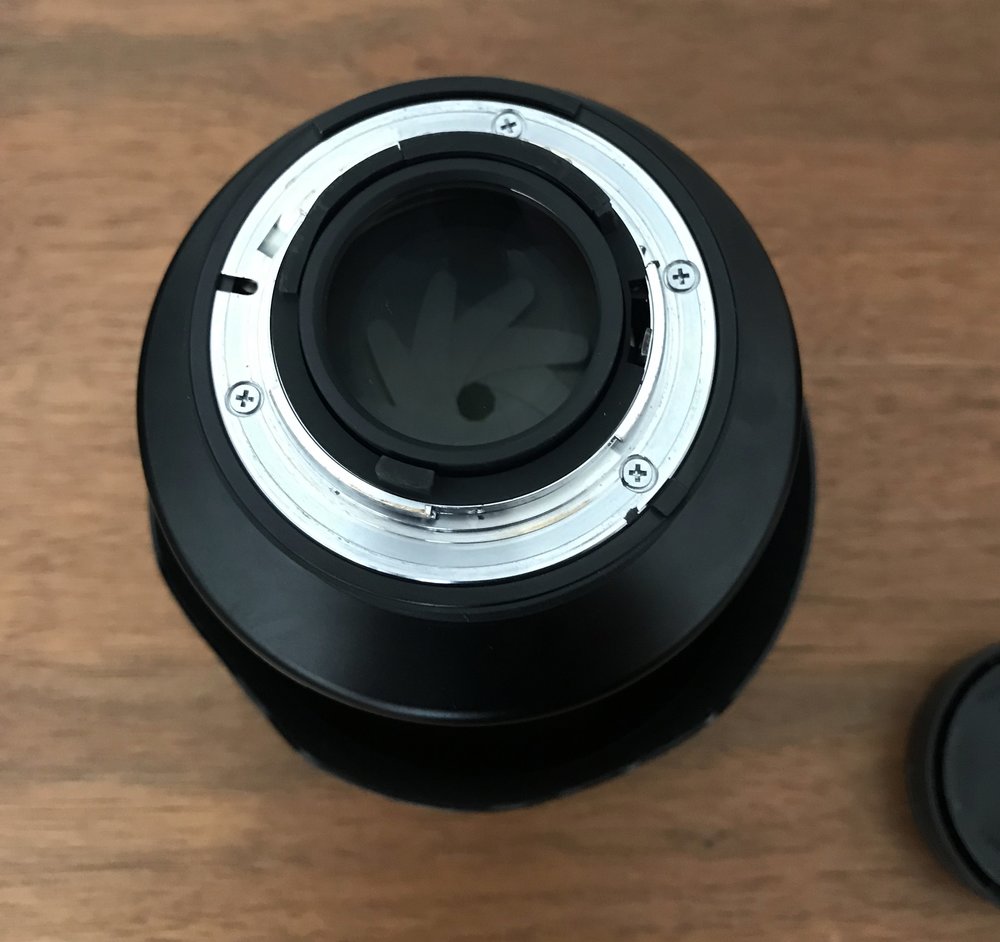 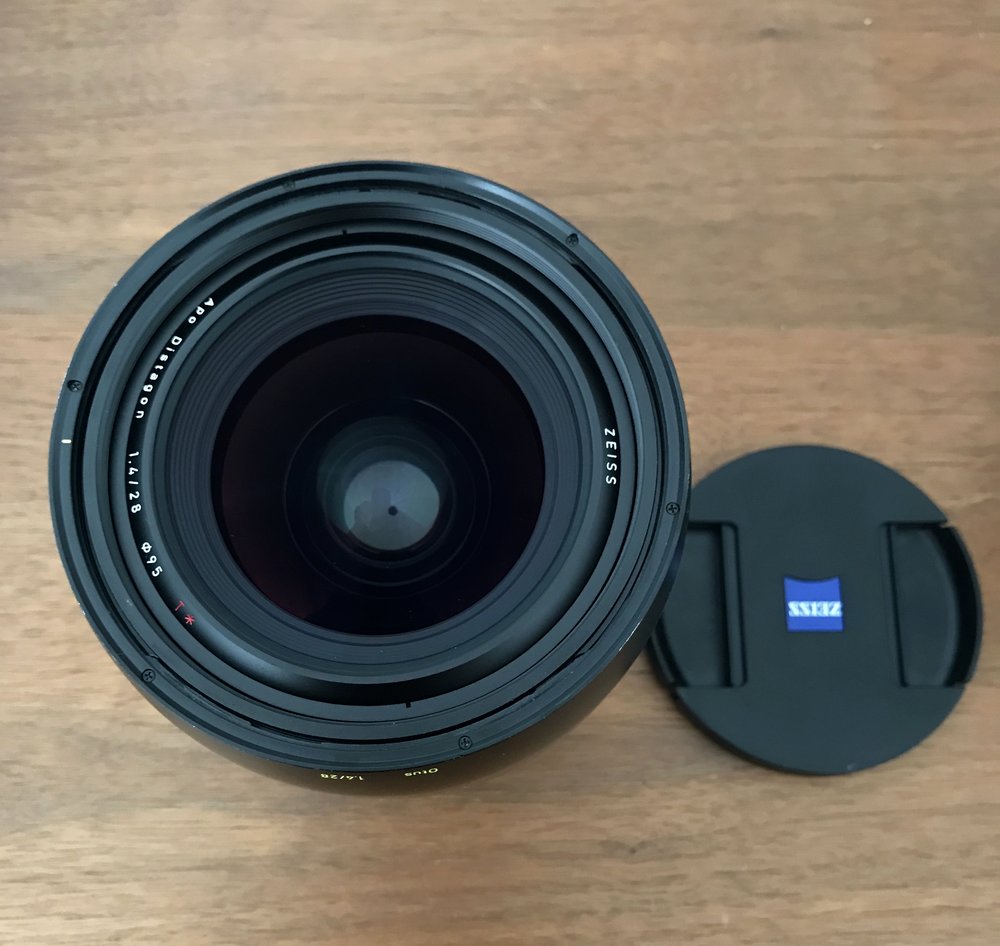 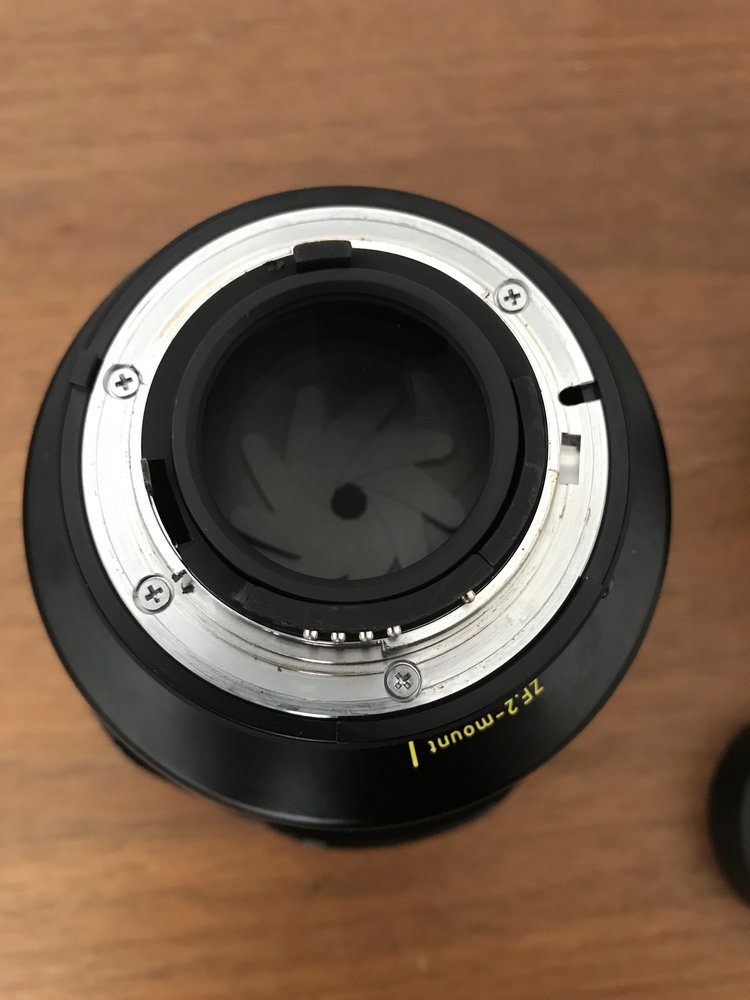 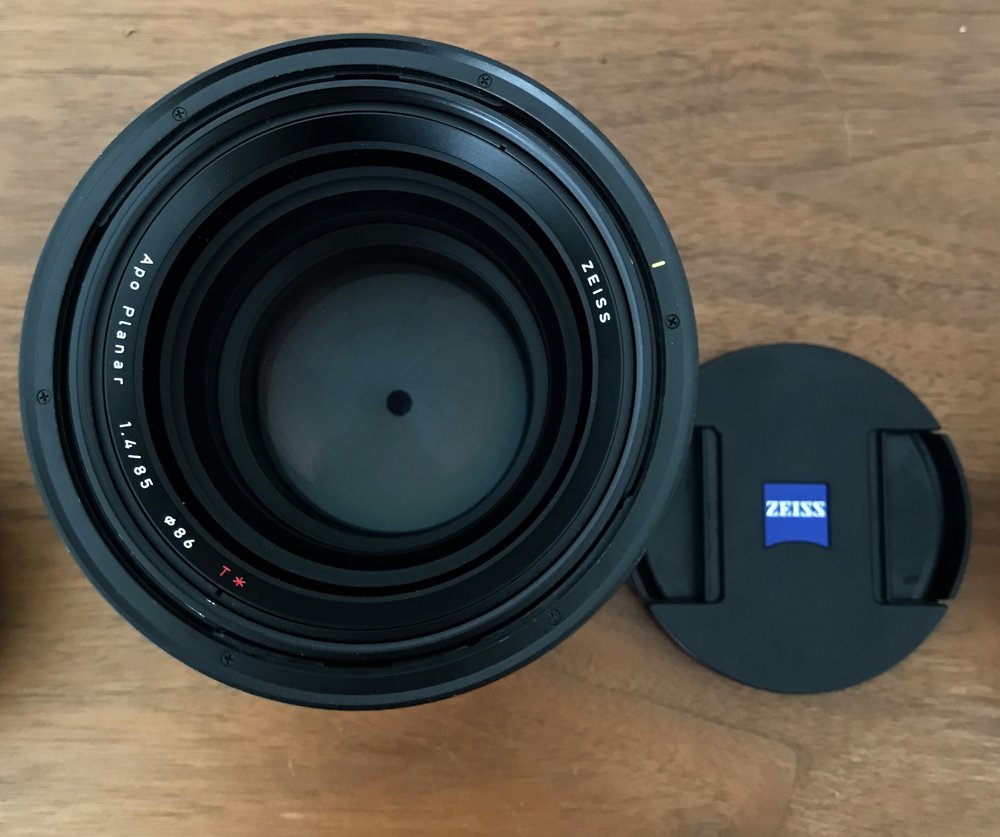 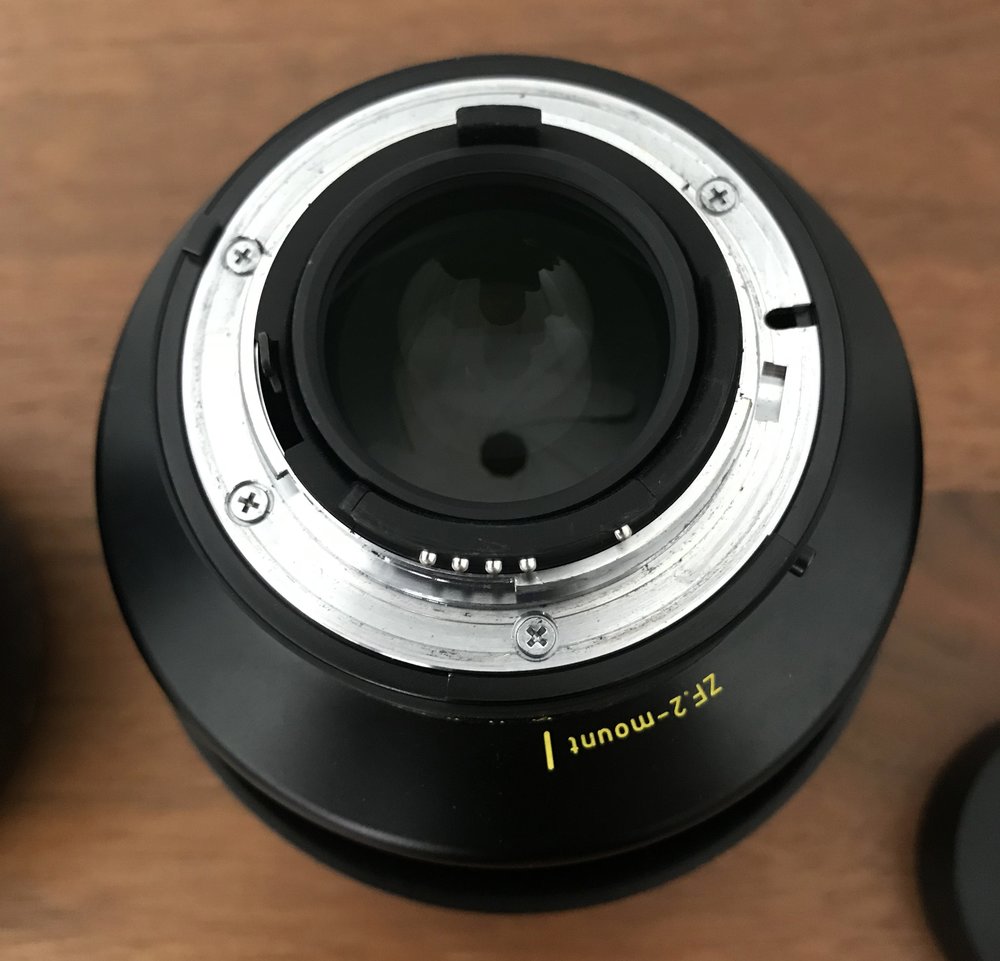 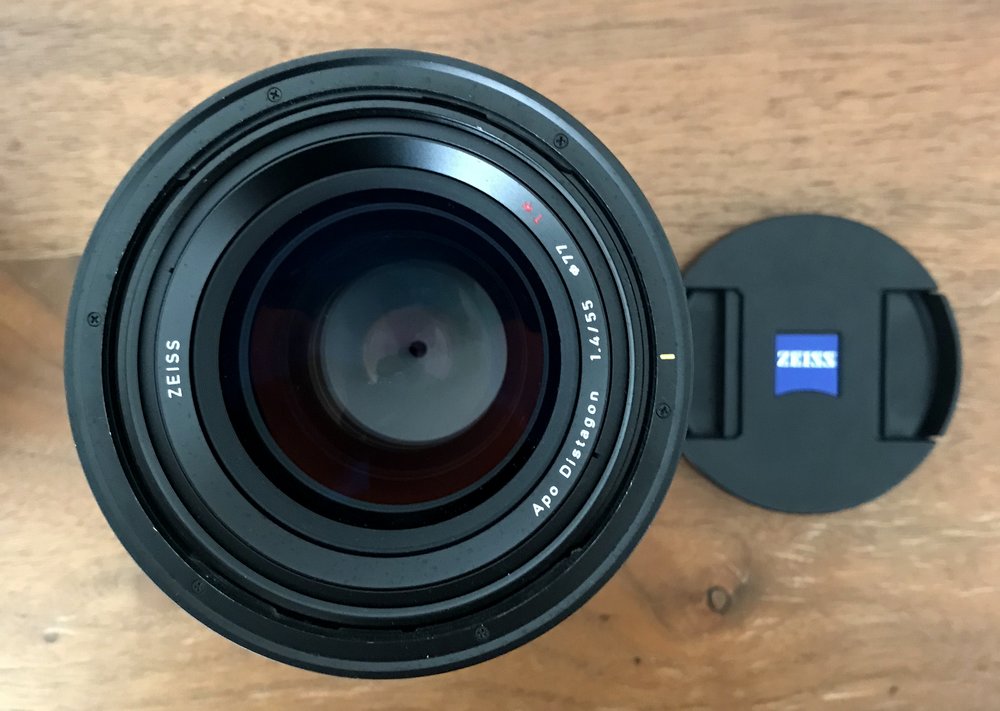 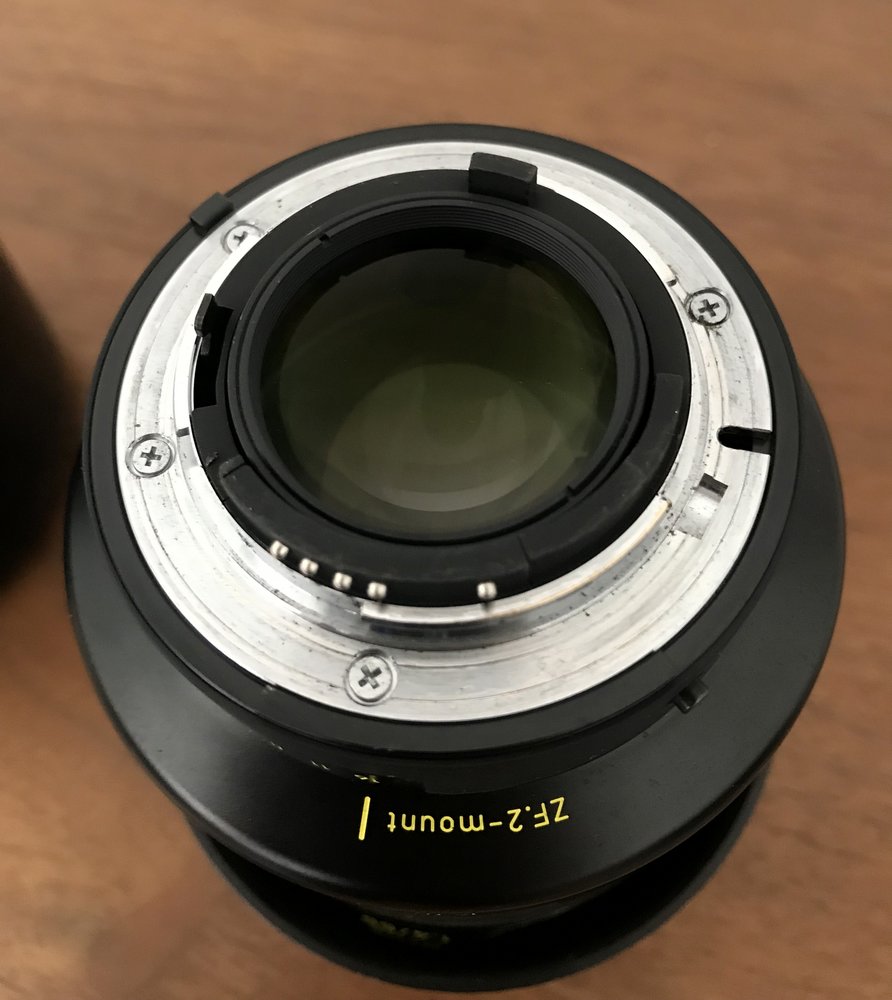 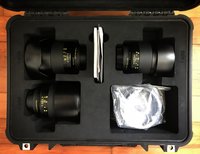 Shipping cost to
Add to cart Make an Offer

A versatile trio of high-performance lenses for Nikon-mount DSLRs, this ZEISS Otus ZE Bundle includes wide-angle, normal, and portrait-length primes, along with a dedicated hard protective transport case and three lens gears for use with follow focuses when recording video.

The widest lens in this bundle is the Otus 28mm f/1.4 ZE, which features a Distagon optical concept and apochromatic design to reduce distortion and produce clean, well-corrected imagery. Anomalous partial dispersion and aspherical elements are used to control aberrations and a T* anti-reflective coating suppresses flare and ghosting. Representing a slightly longer-than-normal focal length, the middle lens in the bundle is the Otus 55mm f/1.4 ZE, which also employs a Distagon optical design in order to produce well-corrected imagery. Anomalous partial dispersion glass is used again, to control aberrations, and a floating elements system maintains sharpness and resolution throughout the focusing range. Finally, this bundle also includes the Otus 85mm f/1.4 ZE, which is a bright portrait-length lens utilizing a Planar design. This apochromat also employs aspherical and anomalous partial dispersion glass, as well as a T* coating, for a high degree of sharpness and clarity. Each of these manual focus lenses are further characterized by robust metal housing and rubber focusing rings for enhanced control, as well as bright yellow-colored focusing scales for ease of use.

Included with the three lenses is a dedicated Otus Transport Case, which accommodates each of the lenses during storage or travel. Additionally, one medium and two large Lens Gears are also included for refined focusing control in conjunction with follow focuses during video recording.

This seller has not yet provided any specific selling policies. Please send a message to ask about payment, returns, or other policies.